A woman of Alaili Dadda poses for the camera while U.S. military troops ask questions of the village elders. In order to make this picture the photographer befriended a young man who asked the woman if the photographer could make the picture. She agreed, and looked at the camera. This was uncommon. Djiboutian women are very shy and deferent to men in most cases. It is considered rude to look at women and speaking to them is also considered inappropriate.
U.S. Military service members visited Alaili Dadda, a village of 300 near Obok, Djibouti to assess the diffuculty of drilling a well in here. The long term goal is to provide running water to several local clinics. U.S. Navy Photo by Mass Communication Specialist 2nd Class Roger S. Duncan. (RELEASED) 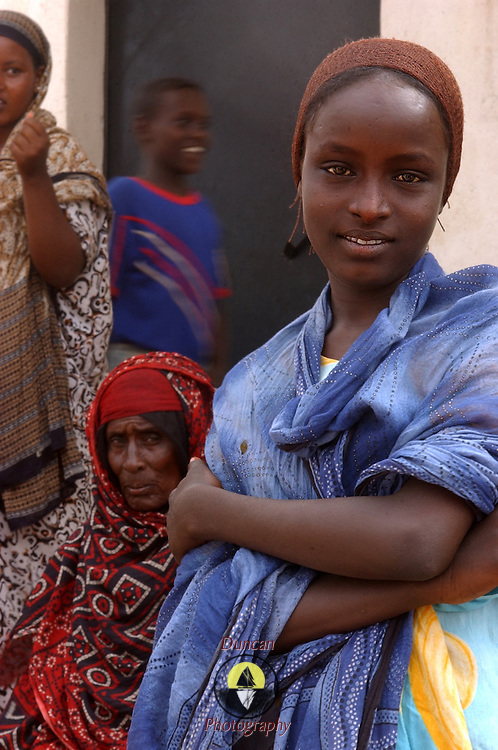