BRUNSWICK, Maine -- May 31, 2011-- Arnold Wilkie, 87, of Cornish, NH, stands to be acknowledged by the assembled crowd at Naval Air Station Brunswick during the disestablishment ceremony. As a young Sailor Wilkie served at NAS Brunswick when the base opened on April 15, 1943 as a training area for British pilots. Since then it has been home to many squadrons of P-3 Orion aircraft Sailors. The base disestablished today in a ceremony at the command building. (U.S. Navy Photo by Chief Mass Communication Specialist Roger S. Duncan / Released) 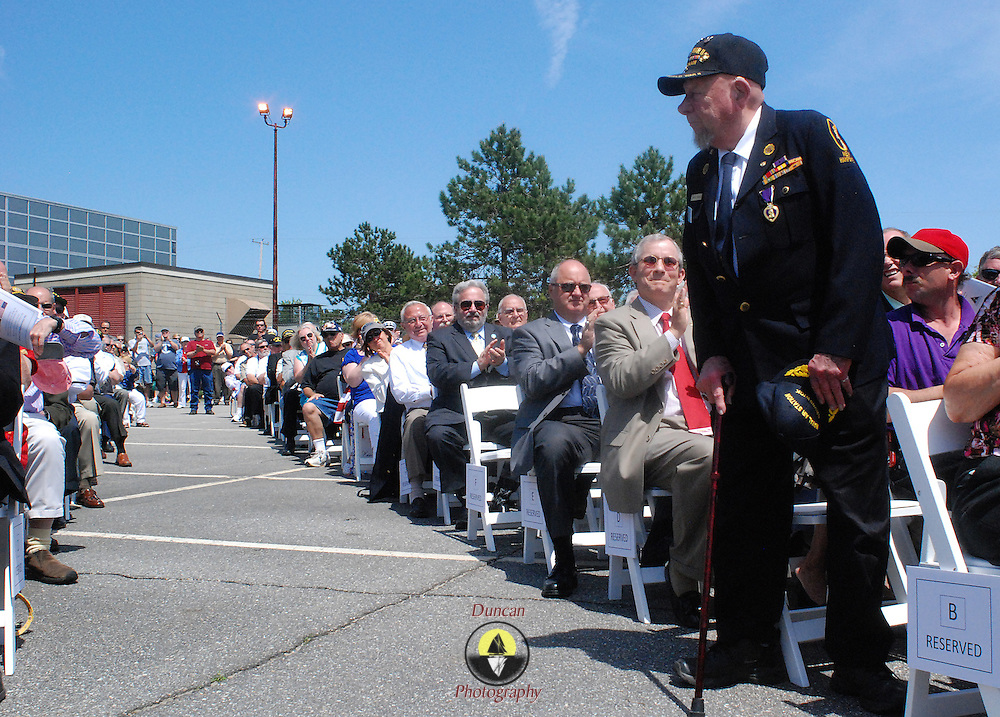