BRUNSWICK Maine- 8/26/17 -- Cristian Pedersen, 6, of Cheshire, Conn. plays with a toy jet as the U.S. Navy Blue Angels demonstration team flies overhead at Brunswick Landing on Saturday. The Blue Angels flew over Brunswick Landing as part of the Great State of Maine Airshow this weekend. Officials estimated that over 100,000 people enjoyed the show from inside and outside the gates. There were more static displays than there were in 2015's show and officials concluded not was a larger draw than in previous years. Photo by Roger S. Duncan for The Forecaster. 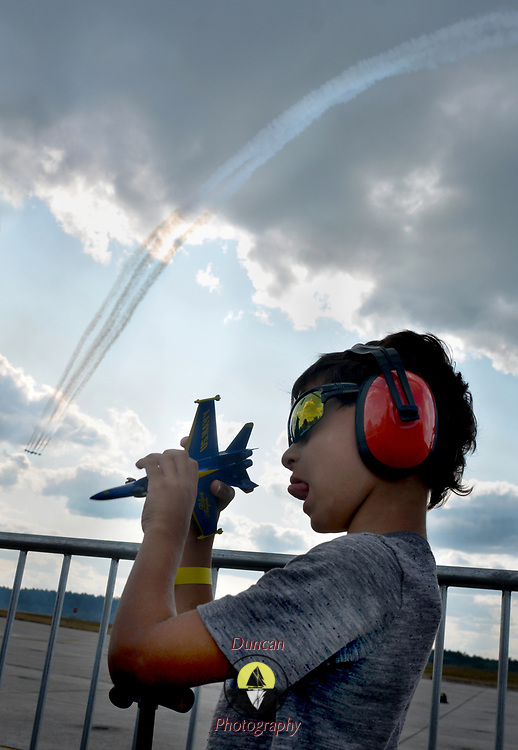