May 8, 2009 -- BATH, Maine. Morse's Libby Williams is tagged out at in a steal attempt at third early in the game on Friday afternoon. Morse rebounded under pitching by Megan Hennessey and good base running throughout the game. The girls won their second in a row by blanking Leavitt 4-0 at home on Friday afternoon -- under a passing shower and a rainbow. Coach Will Laffely said, "They're a good group. They play practice hard and play hard." He noted that although they are 2-5 overall, they have a squad with no seniors and several returning sophomores and juniors as starters including junior pitcher, Megan Hennessey. He thinks they will be stronger in the second half of the season. Photo by Roger S. Duncan. 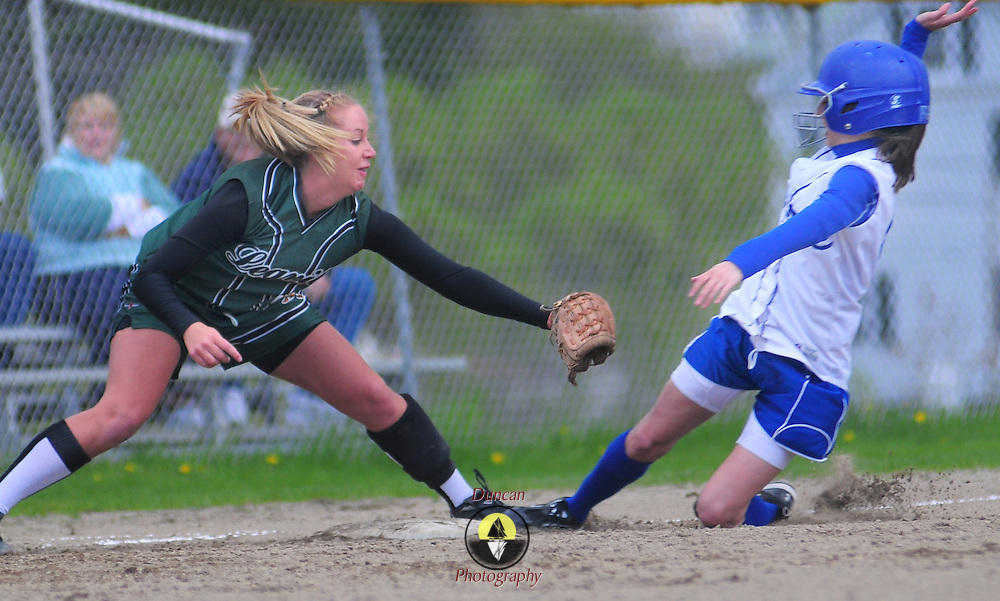