A crab claw bleaches in the sun on a rock where lichen grows on a Maine Island in Penobscot Bay. .Seagulls often take crabs from their usual habitat, in tide pools along the shore, and drop them from great heights on the rocky beach, breaking their shells. The gulls eat the interior of the body and leave behind the hard and heavy claws. When the claw dries, it changes color from its original green or brown to a red or orange. Eventually, the shell will bleach completely white, become paper thin and disintegrate. ..Lichen, of the kingdom Fungi, commonly grows on rocks and trees on the Maine coast. It grows in many different colors including yellow, red, green and grey -- depending on the area, the and the amount of moisture in the area. It often lives in symbiosis with algae, without which it will not grow on the rock. The combined efforts of Lichen and algae digs tiny grooves into the surface of the host rock which assist the process of erosion. Water often collects in the grooves and, in the winter, freezes, cracking additional rock away, making an easy channel for more water and a protected space for more lichen. Eventually, the rocks give way to sand, and soil, where grasses can grow. .Lichen plays an extremely important part of the food chain. .Lichen is also very susceptible to the effects of air pollution. Lichen will be among the first creatures to be affected by poor air quality. Photo and caption by Roger S. Duncan. 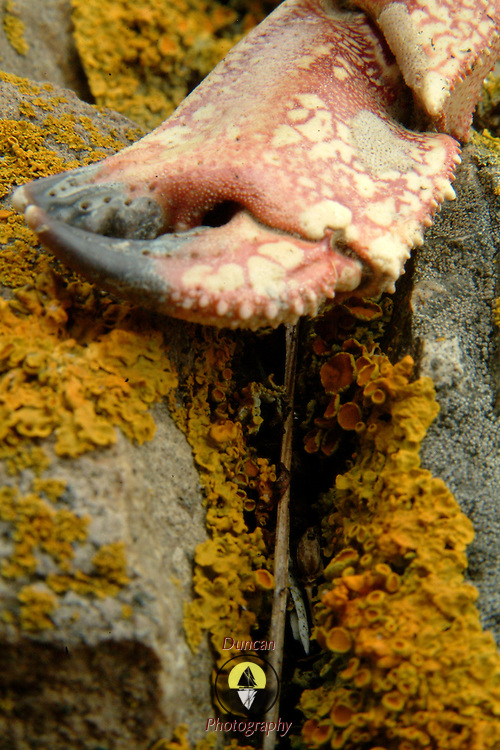