September 7, 2008 -- NAS BRUNSWICK, Maine. The Blue Angels videographer smiles for the camera as he captures the action at the The Great State of Maine Airshow on Sunday afternoon. The airshow visited Naval Air Station Brunswick for the last time this weekend, bringing The U.S. Navy Blue Angels, The U.S. Army Golden Knights and a wide variety of static displays and interactive exhibits. The show drew over 150,000 people over three days with no mishaps among the performers and no emergencies among the attendees. .Because NAS Brunswick is scheduled to be closed in 2011 by the Base Realignment Commission, there will not be another Navy-sponsored airshow at this location. Yet, the Local Redevelopment Authority, responsible for managing the property after the departure of the Navy, has included an airshow on a list of possible future uses for the property. U.S. Navy Photo by Mass Communication Specialist 1st Class Roger S. Duncan (RELEASED) 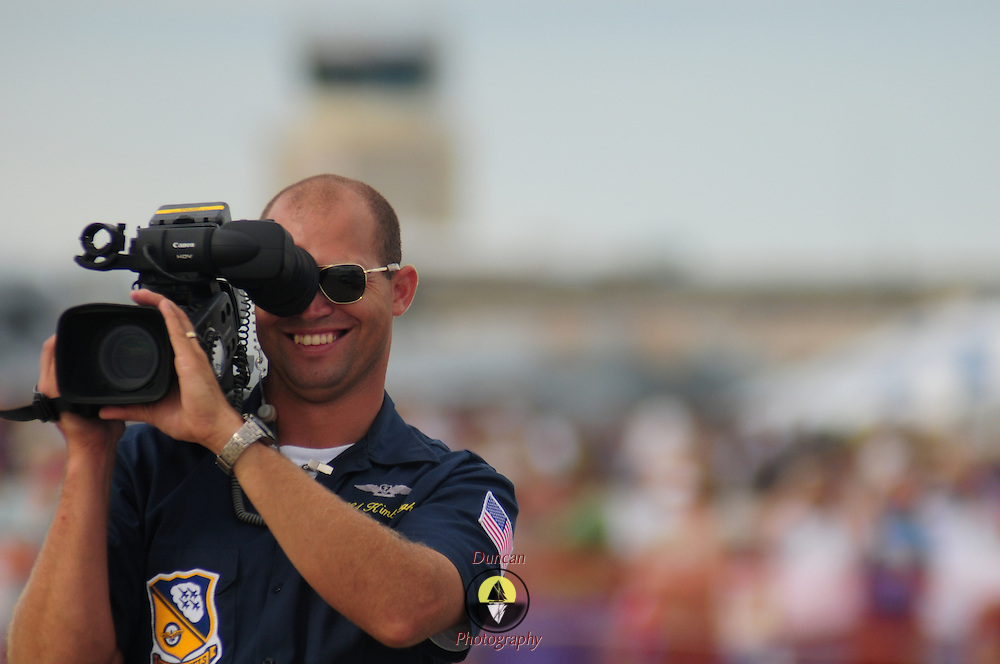