SOUTH PORTLAND, Maine -- 11/15/18 -- Crews from the Forestry Section of Portland’s Parks, Recreation & Facilities Department set down a 40-foot blue spruce donated by the South Portland Fire Department on a flatbed truck before delivering it to Monument Square in Portland -- where it will be installed as this year's Christmas tree.
Later this week, the tree will be lit with over 5,000 LED lights during the Monument Square Tree Lighting on Friday, November 23 at 5:00 p.m.
Santa Claus has suggested he might make an appearance and local musicians will be performing.
Photo by Roger S. Duncan for the Forecaster 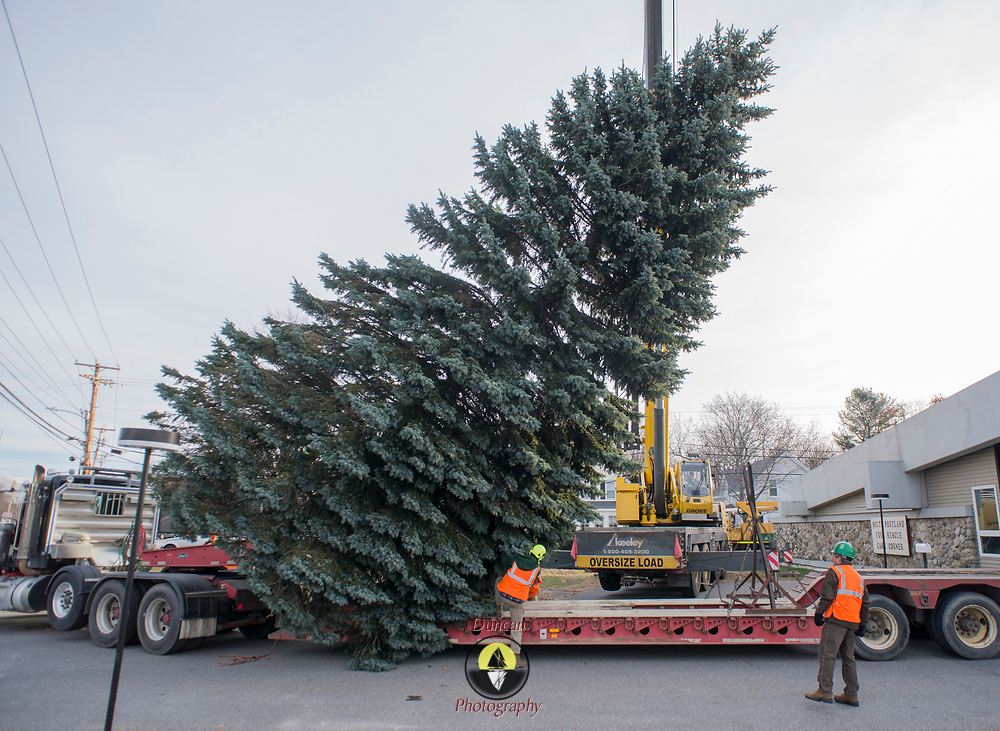