BATH -- 5/25/15 -Memorial Day Parade organizers Dan Eosco, right, and Shane McKenna discuss details around parade management prior to the parade's start on Monday morning.
The Memorial Day Parade in Bath took place as a result of an anonymous donor who gave $5,000 and the American Legion who donated $3,000 to pay for the parade in Bath. The Elks Club supported the parade in prior years but were unable to do so this year, leaving organizers without a funding source close to the parade date.
Photo ©2015 by Roger S. Duncan / For the Forecaster. 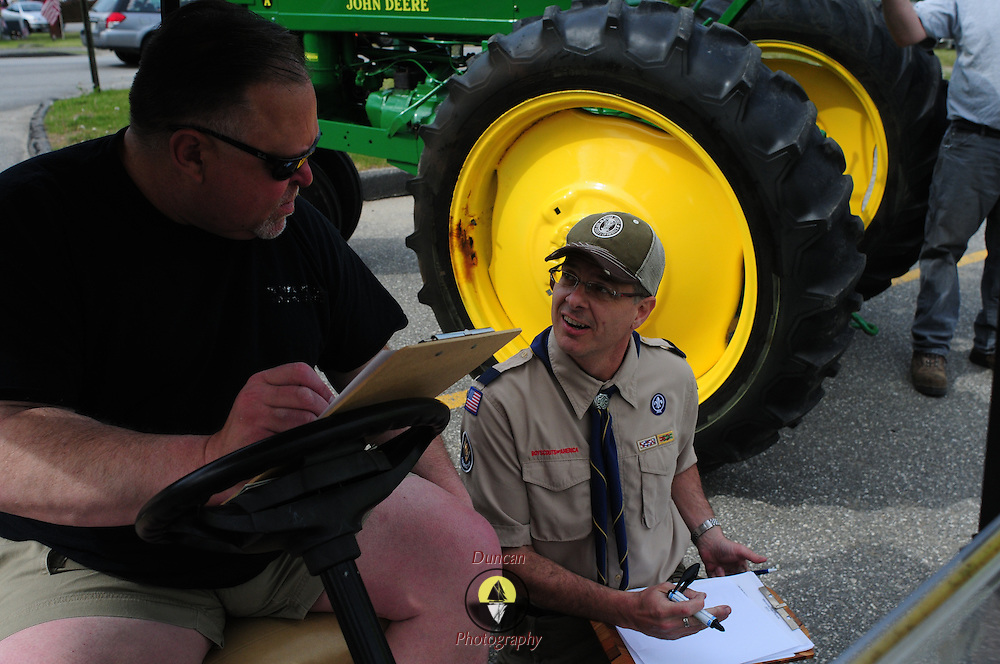