BRUNSWICK, Maine -- 5/30/16 -- Joe Donahue, American Legion Post 20 Commander and Retired U.S. Navy Senior Chief, of Brunswick, salutes with his granddaughter, Arianna Neuts, 8, of Freeport, during the National Anthem at the Memorial Day ceremony in Brunswick. The Memorial Day Parade and ceremonies in Brunswick and Topsham went off as planned following a few light showers in the early morning. Many of the other regional parades were cancelled due to expected bad weather. Photo by Roger S. Duncan for The Forecaster 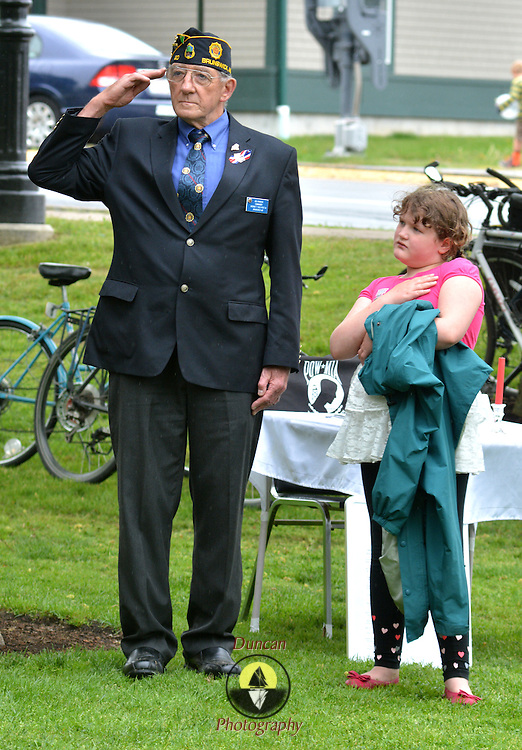