May 2, 2009 -- BRUNSWICK, Maine. The "Northern Bites " team watches closely as their Nao humanoid robot battles for the ball with a competing robot from The University of Texas. Bowdoin hosted the 2009 RoboCup U.S. Open this weekend. Competitors were tasked with creating software for two-legged robots which could independently play soccer with each other. "Once we put them on the field, they are completely autonomous," said Bowdoin Professor of Computer Science and "Northern Bites" team advisor, Eric Chown said. "I'm extremely proud of every one on this team. They are competing against teams with students from multiple institutes and graduate students as well. They are a talented and hard-working group!" Northern Bites finished fourth out of four teams participating due to injuries to the robots in early play. Photo by Roger S. Duncan. 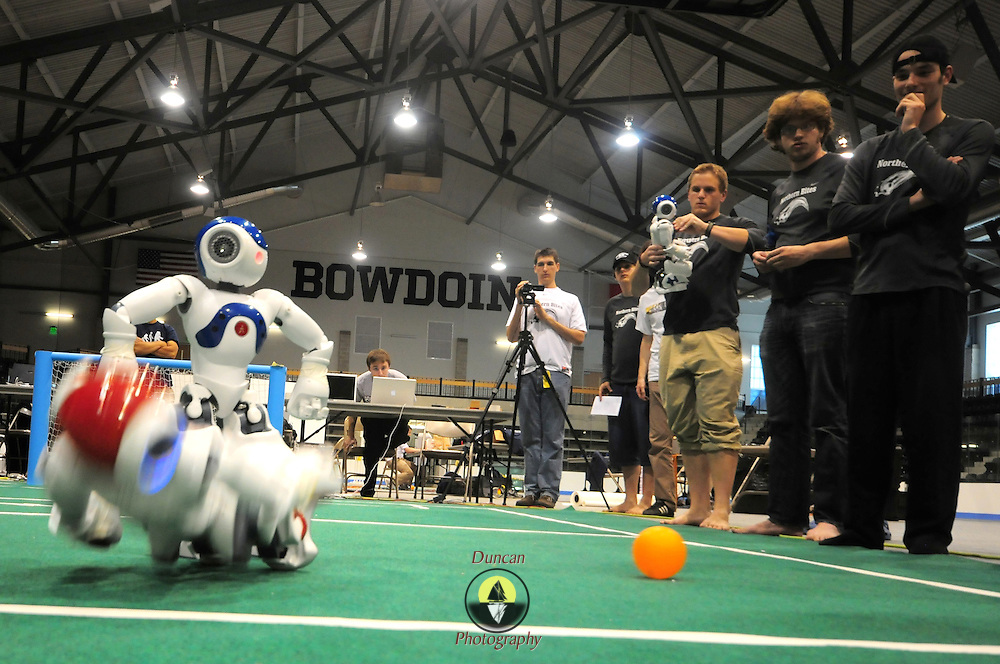