BATH -- 5/25/15 - Ed Morton of Bath directs traffic in three directions at once in preparation for the Bath Memorial Day Parade on Monday morning.
The parade took place as a result of an anonymous donor who gave $5,000 and the American Legion who donated $3,000 to pay for the parade in Bath. The Elks Club supported the parade in prior years but was unable to do so this year, leaving organizers without a funding source close to the parade date.
Photo ©2015 by Roger S. Duncan / For the Forecaster. 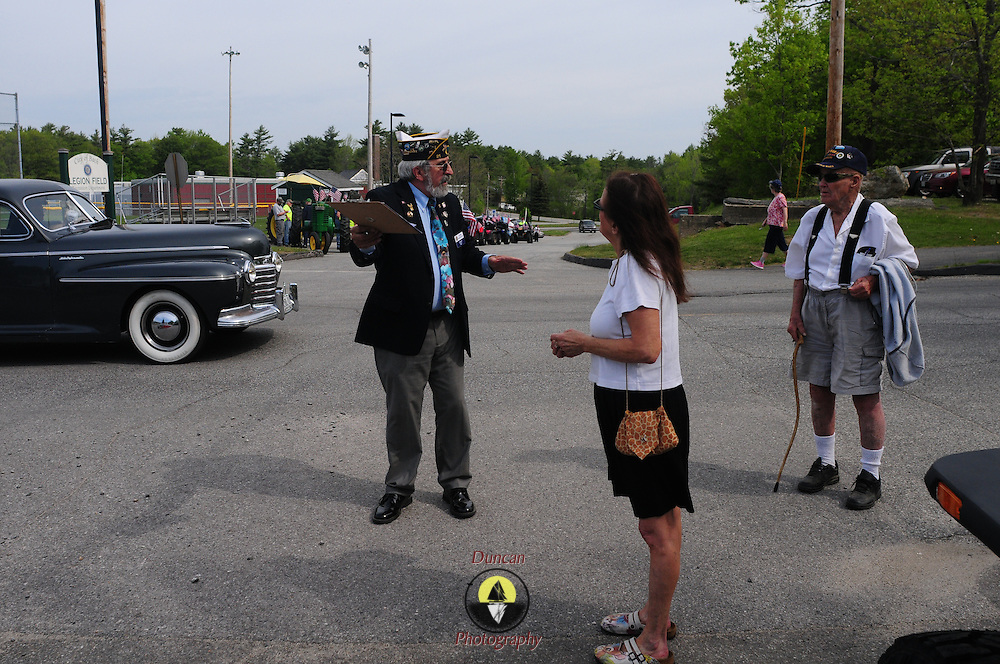