5/10/08 -- BATH, Maine. The U.S. Navy Christened DDG-106, as USS Stockdale on Saturday morning at Bath Iron Works. Vice Admiral James B. Stockdale was a well-known Prisoner of War in Vietnam and earned the Congressional Medal of Honor. He passed away on 2005. Admiral Stockdale's widow, Sybill Bailey Stockdale did the formal honors of breaking the bottle on the bow as his granddaughter, Elizabeth Eiseman Stockdale, served as Maid of Honor. Maine Sen. Susan Collins, and Reps Tom Allen and Mike Michaud spoke at the ceremony. Several Medal of Honor winners and former POWs attended and were honored as part of the ceremony. Photo by Roger S. Duncan. 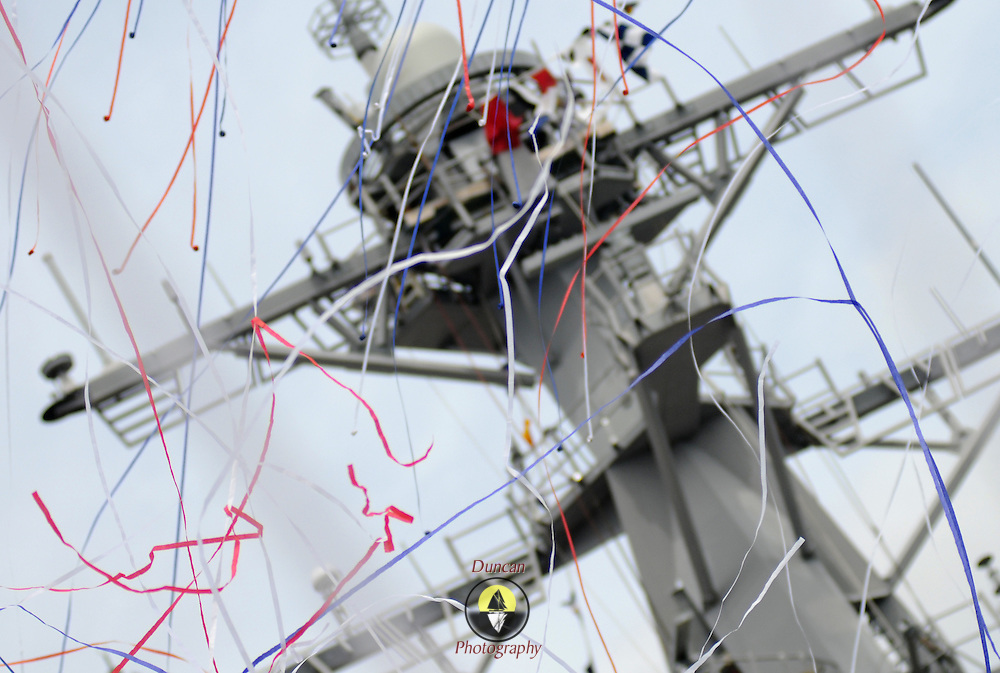